In the pivotal study, 91% of the patients were using concomitant lactulose.

Consideration should be given to official guidance on the appropriate use of antibacterial agents.

Recommended dose: 550 mg twice a day. The clinical benefit was established from a controlled study in which subjects were treated for 6 months. Treatment beyond 6 months should take into consideration the individual balance between benefits and risks, including those associated with the progression of hepatic dysfunction .

Rifaxerose can be administered with or without food.

The safety and efficacy of Rifaxerose in paediatric patients (aged less than 18 years) have not been established.

No dosage adjustment is necessary as the safety and efficacy data of Rifaxerose showed no differences between the elderly and the younger patients.

No dosage adjustment is necessary for patients with hepatic insufficiency .

Although dosing change is not anticipated, caution should be used in patients with impaired renal function .

Orally with a glass of water. 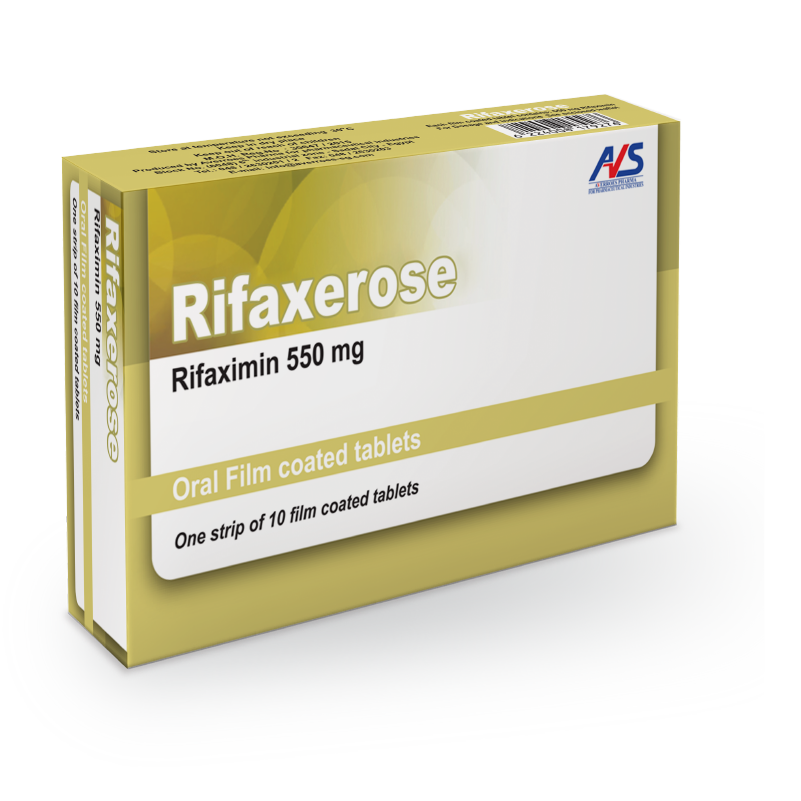